Somehow this summer has flown by at lightening speed. It got filled up with trips and projects and just the day to day stuff of life, but piled one on top of the other in overflowing time consuming bunches of too much.
Ever had a time when you felt like you were spinning so fast that you might explode into thousands of tiny pieces. When we were children there was a spinner on the playground that if you got it going fast enough it would fling you off the edge. 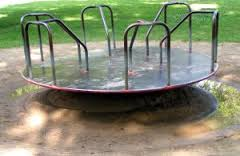 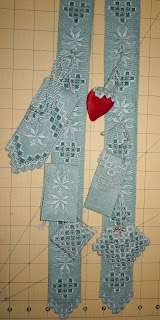 That is how it has been. I had a one month period of time when I was home only 2 complete days out of 30. The activities were all fun, a trip to Alaska, time at the cabin, a class and a quilting retreat, but spacing a bit further apart would have been better.
I did get a lot of stitching done at the cabin and even some on the trip so I have some pieces to share with you, so I'll try to catch up with some of the things that I have been doing.

Here are ones that I have been working on for several years.

I finished the small bits of the Hardanger Chatelaine many years ago but never quite got to the band until now.  The design is by Janice Love. I really like the green color of the linen and thread. 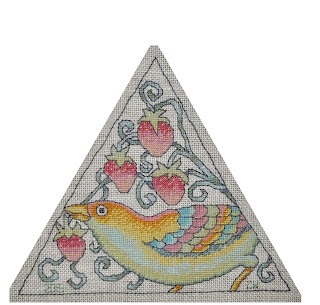 This over one piece is from a William Morris design called the Strawberry Thief. It will end up being finished as an ornament. Here's hoping that it doesn't take as long to do that as it took to stitch it.


The final long term embroidery project is from Trish Burr. It is a daisy that is done in surface embroidery.
It was fun to do and I like how it turned out. The way that the colors blend is quite lovely. 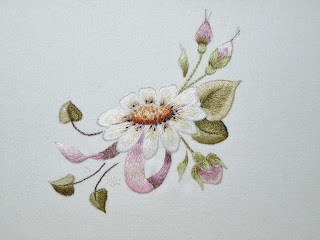 Our small quilt group has been working on a really fun quilt by Lori Holt. We love most of the squares but I wanted to add a few of my own. I enjoy doing sampler quilts because all of the squares are different. Here is the  original quilt and one of my squares. I decided that I needed a beehive so here is my design. 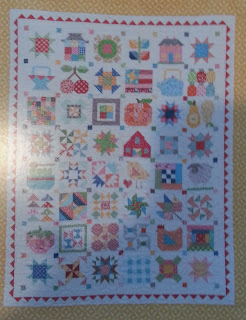 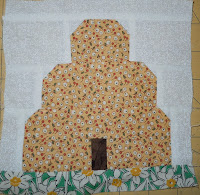 While we were quilting and shopping we went to Spring City to one of my favorite places. Joe Bennion does the most amazing pottery. The glazes just glow and the forms are elegant. I bought a couple of new pots from him. 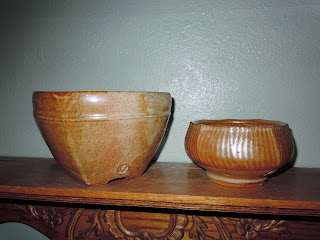 I needed to do some revisions on a piece that I did for a fund-raiser a number of years ago and finally got them done. This is called Forgive the Follies and eventually should be available through Kelmscott Designs. It has some fun elements so I'm glad that it is finished again. 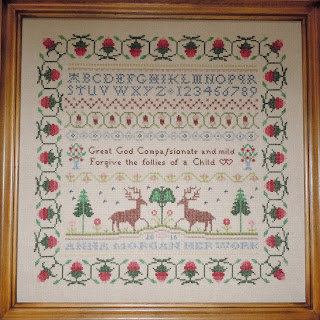 The most recent class that I took was from Betsy Morgan. She designed and taught a piece for the Swan Sampler Guild that features motifs from samplers with ties to Utah. It is called Pioneer School Girl Etui. The stitching is fun but not very complicated so it stitches up fast but the finishing did take more time than I thought it would, but was worth it. I added a few more pieces to the set to fill up the boxes. I used designs from the same book that Betsy used for my smalls. I have always liked the antique sets with the measuring tape, waxer, thimble and emery that match, so decided to add those and a needlebook to the etui. 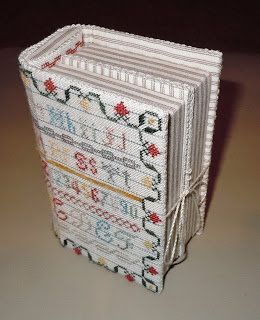 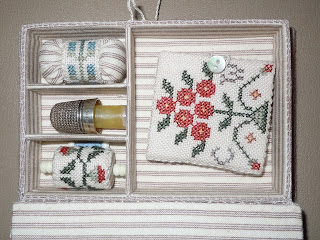 I do have a few more projects that I am working on so although things have slowed down, I am making progress.
Posted by Carolina House Designs at 3:13 PM