Early in the winter season is the time of the year that I take some time to work on some of the things that I  have wanted to stitch.  It is after the national seminar and before I have to submit projects for the next year.
I started this piece in 2004 and finally got it stitched and finished. It is by a dear friend Diane Clements. Originally I was going to do something else instead of the reticella strawberry but Diane talked me into doing it like the pattern. Reticella is one of my least favorite forms of needlework but I do love the way that it looks when it is finished. 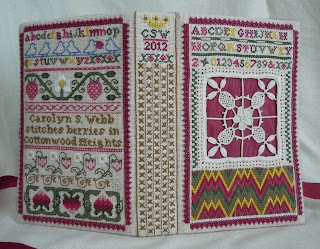 I love the way that it turned out. I did make one little change. The sides of the pin cushion were bargello but I wanted more strawberries so I designed a blackwork design of strawberries in red for the sides. 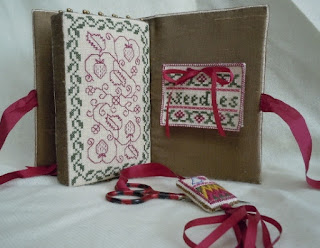 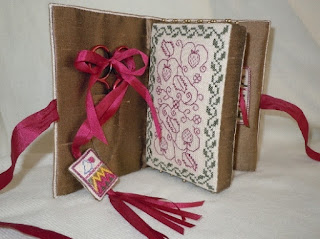 Posted by Carolina House Designs at 3:27 PM No comments: