Owls, teaching and a yarnbowl

Last week I traveled to Minnesota to teach. It was at the retreat for the   Needlework Guild of Minnesota. They hold it at a retreat center that works really well but does give you a lot of exercise. The center is a long series of buildings and the sleeping rooms, teaching rooms and cafeteria can be quite a distance from each other. The view and the students make it worth wile however. I have been working on the pieces for this retreat for quite some time and kept adding owl things.
Here is photo of the retreat center. 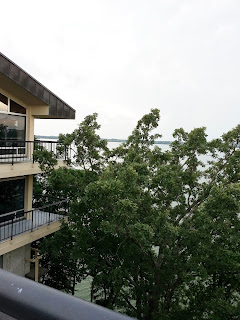 There were 23 students in the Feather Your Nest class.. It was a big class and we started with random long and short stitches which was certainly outside of the comfort zone of most the women in the class since most of them do counted work. They really did a great job as we worked together to stitch the feathers of the owl in the tree. Most of them finished the brown feathers and have only to put in the light colored feathers around the eyes.
Here is the owl that we worked on. 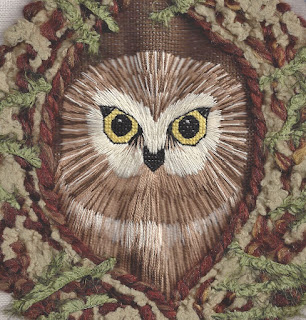 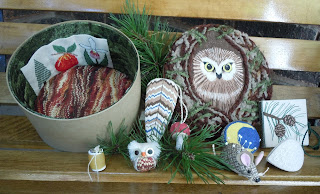 This is the whole set.


The other class was a pulled thread class called Ivory and since it was small with only 6 students we were able to have lots of stitching time in class.

I did a couple of small pieces that I sold to the members and now have to figure a way to teach them at home. 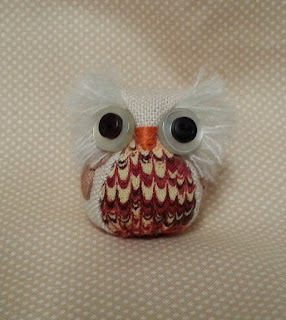 This owl is from the set but it was a big hit. I borrowed the idea from Pintrest for the owl and so many people loved it that I made some patterns just for the owl.
Zen Owl is a mix-up of zentangles and blackwork that created this fun stitched piece. 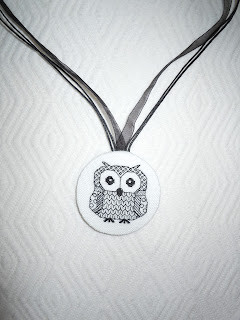 I love celadon porcelain and have been wanting yarn bowl so when they came together I could not resist. A yarn bowl lets you put a ball of yarn in  the bowl so that it stays put and doesn't roll across the floor as you knit. 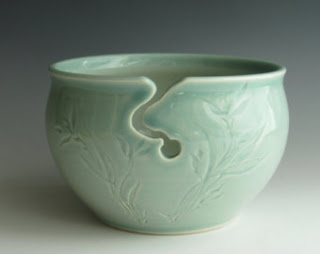